How we Use Data to Predict Property Appreciation

A data-driven approach to investing

In our modern world, most people are aware that data-driven decisions tend to yield better investment results than purely qualitative decisions.

However, with over 2.5 quintillion bytes of data created each day since 2018, the types of data sources to leverage and how to derive impactful conclusions from them is not always straightforward.

This is especially true when it comes to single family real estate investing.

In this post, we will be walking through a few unique sources of data we use at Lofty AI that real estate investors should keep an eye out for.

We'll also be discussing a few traditional data points that most investors tend to use incorrectly.

What data points do we use?

At Lofty AI, one of our specialties is predicting future property appreciation.

Because of this, we'll be discussing the following data in the context of predicting appreciation.

Here are a few data points we leverage for this use case:

Let's start off with the property specific data points first.

One of the first data points most investors look at when analyzing a potential deal is the square footage and lot size of a property.

Often times, investors are looking to see if there is room to add an ADU (Additional Detached Unit) or if the existing property can be expanded into a larger property –– such as a SFR expanding to a Duplex.

Either way, the square footage of the property and the overall lot size tend to be analyzed separately.

However, through over 5 years of sales data in 40 markets, we've noticed a distinct pattern between the two.

We've found that the ratio of the lot size to property square footage has a close relationship with the rate of future property appreciation.

It is more than likely that people are hunting for properties with usable outdoor space since the quarantine fatigue has gotten worse.

This means that many people are actually happy paying higher prices for a property with smaller square footage, but with a larger usable outdoor space.

In another market at a different time, there might be the opposite affect. This would involve people preferring larger living spaces relative to their usable outdoor space.

Another metric investors immediately look at is the number of bedrooms and bathrooms in a property.

This is a no brainer. Properties with more rooms tend to sell for higher prices and should appreciate quicker, right?

It turns out that this is a little bit more complicated than most people think.

Similarly to how people often view square footage and lot size as completely separate metrics, the effect of bedrooms and bathrooms on future appreciation heavily depends on both the type of neighborhood and the demographic you're targeting as buyers or renters.

It's often the case that a certain type of demographic will drive up the demand for specific neighborhoods.

Typically, it's young, wealthy tech workers that will bid up prices in specific neighborhoods. Because that's the case, it's important to understand certain data points such as their age range and how many kids they have.

In some cases, the people driving up the rent and value of properties have either 1 extremely young child or no children at all. If that's the case, do they really need 4 bedrooms?

Nowadays for this demographic, this property wouldn't be their "forever" home. So it's unlikely they'll be specifically looking for a property that could accommodate more kids in the near future.

By the time they have those additional children, they'll likely be looking to move once again.

Keep in mind that the average American moves more frequently than any of their peers around the world at roughly 5-7 years per relocation.

Because of this, it's important to understand what's driving the appreciation of a neighborhood. Many times, it could actually be the housing stock with fewer rooms.

At Lofty, we prefer to look at another metric entirely: The ratio of the bedrooms to bathrooms.

Our data has shown that consistently across different markets, the further this ratio deviates from 1, the lower the appreciation potential of the property.

There appears to be a subconscious balance between the number of bedrooms and bathrooms that buyers prefer. Our theory is that people like their privacy and don't like to share bathrooms, even between family members.

As such, for every additional room that houses another family member, it is ideal that the family member also gets their own bathroom.

In a more extreme hypothetical scenario, one can imagine that a house with 8 bedrooms and 1 bathroom or vice-versa probably wouldn't do too well on the market.

The traditional train of thought is that the more crime an area has, the less desirable it must be. Therefore, those areas make for bad investments.

Now, if you only care about protecting the value of your existing investment, then that would be a correct assumption.

Our data shows that areas with low crime tend to hold their value quite well, especially if they are closer to more urban locations. However, when it comes to future appreciation potential, the crime metric becomes more nuanced.

An area with higher violent crimes such as homicides or carjacking does indeed perform poorly over time in terms of future appreciation. However, a neighborhood with higher numbers of crimes reported, but where those crimes are more related to petty theft or criminal mischief actually has no or very little effect on the growth of property values.

As such, our algorithms are tuned to look for areas with lower violent crimes rather than purely lower crime rates.

Otherwise, it might lead us to miss out on a number of great investment opportunities.

Another interesting macro metric to look at is weather temperature.

The temperature of a neighborhood is something rarely considered by home buyers or investors, but is probably baked into every human's subconscious.

Through analyzing the weather patterns of the entire US over the last decade, the trend is pretty clear.

Humans prefer to live in areas with moderate temperatures and low variance between the maximum and minimum temperatures experienced.

One can imagine how that might make shopping for clothing and deciding whether to have a swimming pool very difficult.

School ratings are another data point that is often taken out of context and misused by investors and home buyers alike.

Because of this, it makes sense to invest or buy in areas with great schools, right?

Again, it depends on whether you're interested in protecting the value of your property or whether you want the highest potential rate of appreciation possible.

Naturally, it's true that neighborhoods with great schools tend to have higher existing prices that are often very stable.

But, these neighborhoods typically do not experience the highest rates of price appreciation.

It also depends on the types of schools. Are you focused on primary to secondary school districts or are you more focused on universities?

For the latter, it's in fact true that better universities lead to higher prices, just look at prices around USC and UC Berkeley over the last 10 years.

For this section, we're going to focus on the quality of the primary and secondary school districts.

In this context, neighborhoods with the best school districts do not actually perform the best in terms of price appreciation.

Hence, while we use this data source internally for our A.I, it's been shown as one of the least predictive data sources.

What is the probability that you can find a neighborhood with one of the best school districts in the country, but somehow, no one else knows about it? Meaning the prices are still very low, and when people eventually discover it shortly after you've invested, then prices skyrocket? Very unlikely.

The one caveat is that when the above situation occurs, very rarely, this metric becomes a very powerful predictor of future price appreciation.

There are very rare situations where in the span of 1-3 years, due to socioeconomic changes, a school district with a horrible rating could skyrocket to a much better rating.

But again, this is "extremely" rare, so unless you have insider information, it's better to focus your energy and analytics elsewhere.

The last data source in this article is one that we use extensively at Lofty: Social media data.

It depends on how you use it, but assuming you know how, it is extremely predictive of price growth for just about every neighborhood in the country.

For this blog post, we're going to be talking specifically about how this data can help with investing in vacation rentals.

The reason this data is so powerful is because it's essentially a crowd sourced dataset of how people feel about a neighborhood before they actually move there.

Think about it: Before you moved to where you currently live, you probably went to eat a restaurant nearby. You might have gone on a date in that area and discovered a cool bar, or went shopping at a retail store in the area.

Millions of people around you are doing the same thing and they're also sharing it on social media.

So, if you boil appreciation down to supply and demand, then you can track and estimate demand before it actually manifests into purchases and bidding wars.

In the case of vacation property investments, you can simply track the number of photos tagged with positive sentiments shared in a vacation spot during previous peak seasons and see whether that number is growing or declining.

For example, you can track the social media posts of users that speak of a nice memorable experience at Big Bear Lake, CA during skiing seasons.

People typically purchase vacation homes by visiting first, having a great experience, then deciding to purchase at a later date.

So, if you spot a trend of growth in these social media postings, then it's likely that demand will increase for those vacation properties, making high appreciation likely in the near future.

We hope this post gave you some new insights on how to think about data for real estate investments.

At Lofty, we feed all of these metrics into our neural networks and let the A.I decide which data points matter more and accurately change its decisions based on how people's underlying preferences change.

This gives us the advantage of being more accurate especially in more dynamic markets.

However, you don't need these sophisticated tools to start applying the data sources mentioned here.

Keep in mind that the majority of investors barely use any data when purchasing properties.

Most investors are basing decisions on gut instinct by driving around an area briefly or getting a tip from a realtor who simply saw more inquiries in an area or more "for sale" signs.

These are not reliable methods to predict future appreciation.

Good luck out there, and we hope you'll see more success now that you're armed with some new tools and insights!

Own fractions of our A.I. vetted properties

At Lofty AI, we let you purchase fractions of our A.I. vetted properties for just $50.

It takes only 5 minutes to become an owner of a cash flowing, rapidly appreciating property. 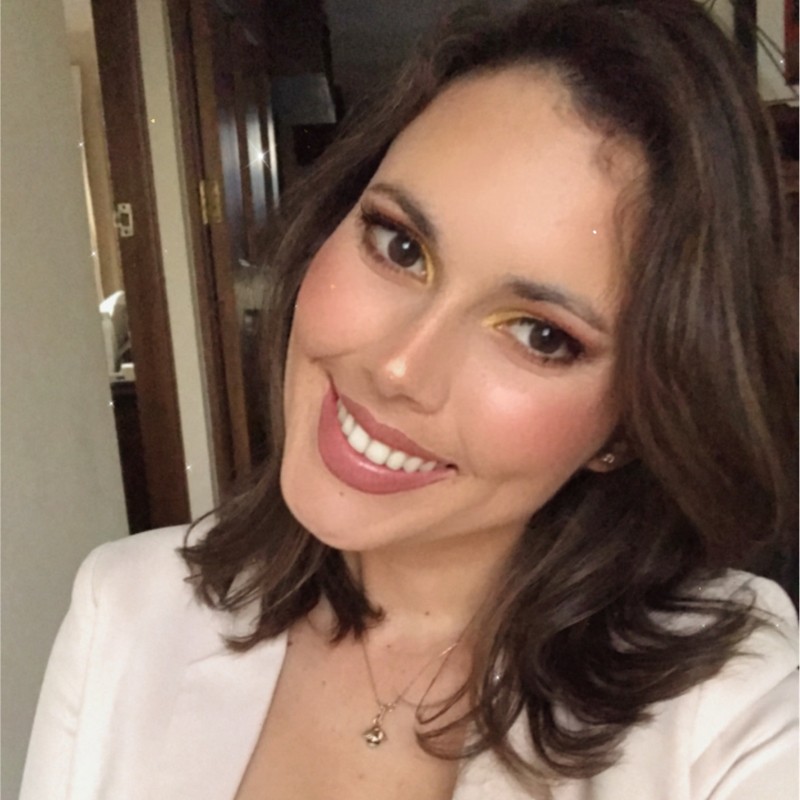 Max Ball
property-analysis
What is a Class A, B, and C property?

Max Ball
property-analysis
What is the 70% Rule in House Flipping?

Max Ball
property-analysis
Townhouse vs. Duplex: Which is a Better Investment?

Max Ball
property-analysis
What is a Good Cap Rate for Rental Properties?

Max Ball
property-analysis
Condo vs. Townhouse: Which is a Better Investment?

Congratulations! 🎁
We're skipping you to the front of our waitlist.
You'll find top-tier investment properties 10X faster than before.
Let's do a quick survey to get started...